Plastic waste is unfortunately becoming a common sight, littering our beautiful countryside. Sadly, this is an international problem, from the depths of the oceans to the highest mountains. The damaging effects upon animals and people alike are not always visible. It is thus vital that we all play our part in tackling this crisis. Companies and governments have often been too slow to turn their green words into green action. See Change Now has entered the pet care sector, challenging the industry to make more sustainable products.

In the 19th century, John Wesley Hyatt invented one of the first synthetic plastics as an alternative material to ivory. Ivory had been used by humans for hundreds of years. For example, for the balls in the game of billiards. Hunting of elephants for ivory had led their populations to decline sharply.

In the years that followed a range of new forms of plastics were introduced, such as polyethylene in 1933, which is used to make plastic bags and shampoo bottles.

Unfortunately, many of these plastics are made from fossil fuels, are designed to be used just once and take hundreds of years to break down. Once this plastic is disposed of it either enters landfill or litters the natural world, poisoning soil or waterways. So like in the 19th century, there once again needs to be a radical shakeup in the way that we use materials in our day to day lives.

The UK government has set a target of eliminating avoidable plastic waste by the end of 2042. Currently, after the United States, the UK produces more plastic waste than any other country. The average UK citizen produces 99kg of plastic waste every year.

Approximately two-thirds of the UK’s plastic waste is exported. Only a small percentage of this exported waste is recycled. Often these countries burn or dump this waste, as they do not have the infrastructure to process it. As a result, microplastics are coming down in rain, making their way into the air that we breathe and the food that we eat. The effects of microplastics on people are unknown. When plastic waste is burned, toxic pollutants are released into the atmosphere, worsening the climate crisis. Plastic that is washed into the oceans may leave aquatic life tangled or be mistaken for food.

Since the 1st of January 2021, countries in the European Union have been prohibited from exporting unsorted plastic waste to these countries (which are not members of the OECD). Despite being Europe’s plastic waste capital, the UK is not obliged to follow suit, as a result of Brexit. Although the UK government promised in their manifesto at the 2019 General Election to ban exports of plastic waste, a date has not been set. Currently, the plan is ‘to consult before the end of 2022 on options to deliver the proposed ban’.

What can I do? 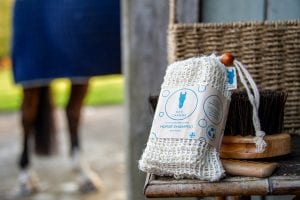 You are already saving three plastic bottles for every See Change Now shampoo bar that you use.

Reduce your plastic consumption and choose reusable or recyclable alternatives in all areas of your day-to-day life. Every small change that you make will have an impact, whether it is biodegradable tea bags or a reusable water bottle, instead of lots of single-use plastic bottles.

As well as changing your individual plastic consumption, you can use your voice to bring about change. Whether you sign a petition or lobby your local Member of Parliament, the government or the companies that you buy from, you are playing your part in shifting society away from wasting plastic. For instance, a nine-year-old schoolgirl has started a petition calling upon the UK government to stop exporting plastic waste overseas. You can sign the petition here.